For example, if the active voice sentence is “I broke the window” then the passive voice would become “The window was broken by me” and as you can see I changes to me in the passive voice. Other times you might need to change She to Her or He to Him.

So, let’s try another example.

Active voice – We are taking the car to the car wash.

Passive voice – The car is being taken to the car wash by us.

As you can see there, We has been changed to Us.

1) When the person who did the action is unknown. For example –
“The car was stolen.” We don’t know who stole the car, so we use the passive voice here.

2) When we don’t want to say who did the action, perhaps to protect them from punishment. For example – “The window was broken.” Perhaps your younger brother broke the window and you don’t want him to get into trouble, so you just leave his name out of the explanation.

3) When it is not important who did the action. For example – “The bridge was built in 1964.” The builders of the bridge are not always necessary to know. The information we are trying to convey here is the date when it was built.

4) When it is obvious who does the action. For example – “The man is being arrested.” It is fairly obvious that the police are the ones who usually arrest people, so it is not completely necessary to state them here.

As you can see, while the passive voice is not used as often as the active voice in general speech, it is a very useful and sometimes necessary part of grammar that is very important to learn.

You can practise changing sentences from active to passive voice by doing our exercises. 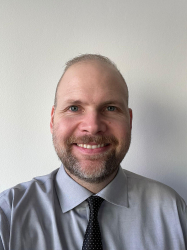