We use the ‘Zero Conditional’ to talk about things that are generally true. Its construction is “If + Present + Present or Imperative”.
For example “If it rains, I take an umbrella.” Or, “If you come home late, be quiet.” Notice that the first example communicates something that is generally true and the second communicates an order, if the action is to be done.
With the Zero Conditional you can use different present tenses in the Conditional Clause but in the Result Clause you can only use the Present Simple or an Imperative. For example, “If you are having a party, don’t annoy the neighbours”. Or, “If you have finished your homework, you can go out and play.”

The Second Conditional communicates that we are imagining something now. It is constructed with “If + Past Simple + Present Conditional (would do)”. We use this to imagine the result of an action now; an action that doesn’t actually happen. For example, “If they took the offer, they would be very rich”. This sentence means that they aren’t taking the offer so they aren’t going to be very rich but we are only imagining the result if they did take it. We use this tense when we imagine what the situation would be, if the action was carried out. Another example is, “If they studied hard, they would pass the exam”.

The Third Conditional communicates that we are imagining something about the past; the result of an action that didn’t happen and can’t happen. Its construction is “If + Past Perfect + Past Conditional (would have done)”. For example “If I had studied more, I would have passed the exam”. This means that I didn’t study enough and therefore didn’t pass the exam, but I am imagining how the result would have been if I had decided to study more. Another example of the Third Conditional is, “if you had eaten lunch, you wouldn’t have been so hungry now”. This means that you didn’t eat lunch and therefore you are hungry now. We are imagining how you would have felt if you had eaten lunch.

Now that you have seen how each Conditional Tense is constructed and you know when we use each of them, try to put each one into practice. 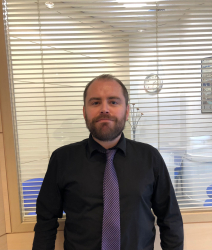 Glenn is a supervisor and senior teacher at Callan School Barcelona and has been teaching English since 2010. Since joining Callan in September 2011, Glenn has worked with thousands of students to help them improve their language skills.
Glenn is originally from Dublin, Ireland, and studied journalism before becoming an English teacher.
When he is not teaching, he enjoys playing golf, travelling and following Manchester United. Glenn also speaks Spanish and Irish.